Young people arrested for gang related incidents can receive information about stop and search, joint enterprise and appropriate representation in the police station or at court. If you are under 18 the law states that you are entitled to have a soliciter, parent, guardian or independent person present during the police interview process. 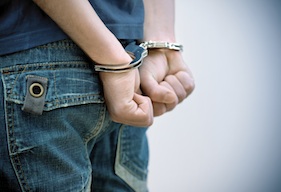 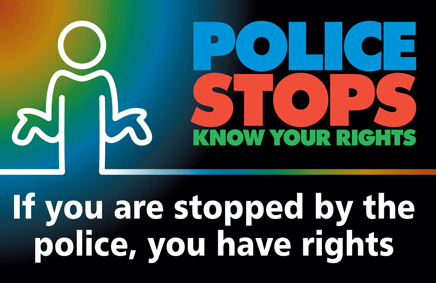 The Police and Criminal Evidence Act (Part 1) allows any constable/Police Officer acting with reasonable grounds for suspicion to stop, detain and search you or your vehicle, or anything in or on your vehicle for certain items. Any items found may be seized items for example knifes, drugs, firearms.

The provisions of PACE are supplemented by a Code of Practice on stop and search, Code A. The contents of Code A must be observed by the police, although the remedy for failure to observe is usually to make a police complaint - or if prosecuted to raise an objection in court - rather than to take legal proceedings against the police.

The police do not have general powers, apart from those specified in a statute, to stop and search you. You should always ask a police officer to explain on what basis they are searching you. If no search power exists you should not be searched unless you are entering sports grounds or other premises and your consent to the search is a condition of entry.

Always find out why the police want to talk to you. The Police can’t take you anywhere unless they arrest you or you agree to go.

If the police arrest you, they must tell you:

What is Joint Enterprise?

The prosecution must prove participation with a common purpose. This effectively means agreement to act together (also known as a joint enterprise). The agreement can be made without being spoken and it does not need to be planned in advance, and it may be inferred from the your actions. So if two people join in on an attack started by someone else, the common purpose may be proved even if they don’t use words such as ‘OK, let’s do this or similar. Actual presence at the scene of the crime is not necessary to be guilty of it.

For it to be joint enterprise, the behaviour of the individuals must indicate that they are acting as a group, and they must understand this. Where someone in the group does something outside the original plan, for example by killing someone during what was thought by the others to be simply an attack or robbery, the others in the group may still be guilty of joint enterprise murder if:

The situation can be more complicated in cases where the crime requires specific intent, such as murder. The intention of the person who had a gun or knife which was used to kill may not be difficult to work out. But what about other people present? For example where one person in a group attacks and kills someone with a knife or gun, a jury may decide that all the members who had supported the attack up to the point that the knife was produced and used are also guilty in a joint enterprise with the armed attacker. But where one party to the joint enterprise acted in a manner which went beyond the purpose of the others, the issue for the jury to decide will be whether the knife or gun attack was still within the scope of the joint enterprise, or whether the fatal part of the attack was foreseen by the other defendants as real possibility when they started the initial joint enterprise attack. In cases involving knives and guns, what other defendants knew before the incident about the the fact that someone had a weapon may be very important information for the jury about what the others present might have expected in the context of the group’s action.

Under 18 and have been arrested!

If a person in custody is under the age of 18 years, the Police must not, question or carry out an investigation unless-

(b) before the commencement of any questioning or investigation, the Police has allowed the person in custody to communicate with his or her parent or guardian or the independent person in circumstances in which as far as practicable the communication will not be overheard.

The exception to the above are if the Police believes on reasonable grounds that:-

(a) the communication would result in the escape of an accomplice or the fabrication or destruction of evidence; or

(b) the questioning or investigation is so urgent, having regard to the safety of other people, that it should not be delayed.

The Appropriate Adult role was created by the Police and Criminal Evidence Act (PACE) 1984, with the intention of safeguarding the rights and welfare of young people and vulnerable adults in police custody. The rights and responsibilities of an Appropriate Adult are detailed in the PACE Codes of Practice which are updated regularly.

The role of the Appropriate Adult is to support and advise a young person or vulnerable adult in police custody and to facilitate communication between them and the police. This person is different to a solicitor and does not give legal advice. An Appropriate Adult can be a family member, friend or a volunteer or social/health care professional.

When someone is arrested by the police and taken to a police station, they have three basic rights:

They will also be given a written notice informing them of their Rights and Entitlements whilst in custody.

The custody officer (usually a police sergeant) who is responsible for all those detained in police custody must make sure that interviews and other procedures are conducted as soon as possible and in the proper manner. They also have a responsibility to identify vulnerable people. Those considered vulnerable are anyone who is or appears (to the custody officer) to be under the age of 17, people with mental health difficulties, people with a learning disability and those who have trouble communicating and understanding things.